Unbelievable. What were the government thinking? It really are hurt thousand of Lapindo victims feeling.

The government has hailed gas exploration company PT Lapindo Brantas and several other mining giants for complying with environmental standards set by the government.

The praise came despite Lapindo’s drilling activity in 2006 that allegedly caused a protracted mudflow in the East Java town of Sidoarjo. Three villages have been buried and thousands of families displaced by the mudflow.

The audits were conducted on 516 companies voluntarily taking part in the environmental performance rating program popularly known as Proper.

For the first time ever the government presented a gold rating, which went to Bandung-based geothermal firm Magna Nusantara, Ltd. The top award was given for the company’s massive energy saving efforts expected to cut up to 60,000 tons of carbon emissions.

He expressed skepticism, however, that no major company had been given a black label.

“I questioned the Proper auditing team about the validity of the ranking, as some big companies which have come under public scrutiny earned a better ranking,” Rachmat said.

A black ranking was given to 43 companies, 13 of them for the second time in a row. The worst of the worst have no water or air treatment facilities and no Amdal documents.

Rachmat said the government would sue the 13 companies for ignoring environmental regulations. 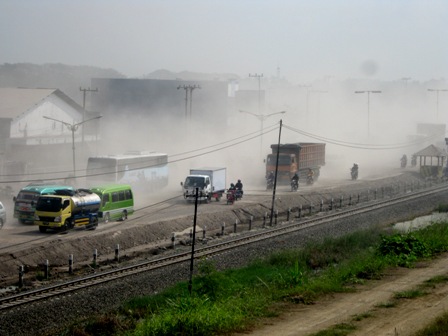