It started as a natural gas well. It has become geysers of mud and water, and in a country plagued by earthquakes, volcanoes and tsunamis another calamity in the making, though this one is largely man-made.

Eight villages are completely or partly submerged, with homes and more than 20 factories buried to the rooftops. Some 13,000 people have been evacuated. The four-lane highway west of here has been cut in two, as has the rail line, dealing a serious blow to the economy of this region in East Java, an area vital to the country’s economy. The muck has already inundated an area covering one and a half square miles. And it shows no signs of stopping.

The mud is rising by the hour, and now spewing forth at the rate of about 170,000 cubic yards a day, or about enough to cover Central Park.

Foreign companies, environmental groups and political observers are now watching closely to see whether the government will hold the company that drilled the well accountable for the costs of the cleanup, which could easily reach $1 billion. The company is part of a conglomerate controlled by Aburizal Bakrie, a cabinet member and billionaire who was a major contributor to the campaign of President Susilo Bambang Yudhoyono.

The disaster occurred as the company, Lapindo Brantas, drilled thousands of feet to tap natural gas and used practices that geologists, mining engineers and Indonesian officials described as faulty. But as the liabilities have escalated, Lapindo was sold — for $2 — last month to an offshore company, owned by the Bakrie Group, and many fear it will declare bankruptcy, allowing its owners to walk away.

Mr. Bakrie declined to be interviewed. A spokeswoman for Lapindo, Yunawati Teryana, said that it was too early to conclude that Lapindo had acted negligently. She noted that some geologists had said that this was a natural disaster, a natural mud volcano, perhaps set off by seismic activity in the area.

Government officials and company engineers are not hopeful that they can contain the problem. The government plans to pump the mud into the Porong River, which flows into the sea 20 miles north of here.

”It will be the death of the ecosystem around that area,” said Amien Widodo, an environmental geologist who teaches at the November 10 Institute of Technology in Surabaya. There is debate whether the mud is toxic. But the sheer volume alone will smother just about everything in its path, he said.

The area’s commerce has been devastated. ”We are angry because we were living comfortably in our own home and now we are forced to leave,” Reni Matakupan said as she stood here looking across 200 yards of mud at her family’s factory, DeBrima, which was filling with mud.

The problems began in late May when the company had reached about 9,000 feet, Mr. Widodo said. It continued to drill to this depth even though it had not installed what is known as a casing around the well to the levels required under Indonesian mining regulations, and good mining practices, Mr. Widodo said. The company experienced problems with the drilling that led to a loss of pressure in the well. That is when the mud started seeping in from the sides of the unprotected well bore, at a depth of about 6,000 feet.

The mud was stopped by cement plugs that the company had inserted into the well hole. The mud then sought other avenues of escape, eventually breaking through the earth, and creating mud volcanoes.

If the proper casing had been in place, the mud would not have entered the well, and would not have discovered these other avenues to the surface, said Mr. Widodo, a conclusion supported by mining engineers. Several Western and Indonesian mining engineers spoke about the matter, some offering graphs and mining details that have not been made public, but only on the condition that they not be identified, for fear of running afoul of Mr. Bakrie, the billionaire company owner.

There does not appear to be any government investigation into what set off the eruptions. After the first eruptions, in late May, the police in Sidoarjo, the district at the center of the disaster, began an investigation, but it appears to have languished. ”I am not confident that anyone will ever be prosecuted,” said H. Win Hendrarso, the regent for Sidoarjo, choosing his words carefully. In an interview in his high-ceilinged office, Mr. Hendrarso, who was elected a year ago, said he had no authority to investigate. Any investigations would have to be by the central government in Jakarta, he said.

”I just want Lapindo to take responsibility,” he said. But Lapindo no longer exists, and the company to which it has been sold may not have any assets. Last month, Lapindo’s parent company announced that it was selling Lapindo for $2 to Lyte Ltd., a company that is registered in the offshore Island of Jersey. The majority shareholder in the parent company is the Bakrie Group, and the Bakrie Group is also the sole owner of Lyte, according to public documents.

The Bakrie Group is owned by Aburizal Bakrie, and his brothers. Lapindo’s parent company, Energi Mega Persada, said in an official securities filing that it was selling Lapindo because of the huge costs it faced in cleaning up after the mud flow, and it was better to use its assets for its other oil and gas projects.

An Energi spokesman, Herwin Hidayat, said the Bakrie Group remained committed to cleaning up the mud, through Lyte. He declined to say what assets Lyte had, if any. He said it was a ”functioning company.” He declined to give any examples of any business that it had done.

A concern now is whether Lyte, which has been renamed Bakrie Oil & Gas, will declare bankruptcy, which seems inevitable. ”That’s what I’m afraid of,” said Mr. Hendrarso. If the Bakrie Group does not pay, the Indonesia government will be left with the bill, officials said. 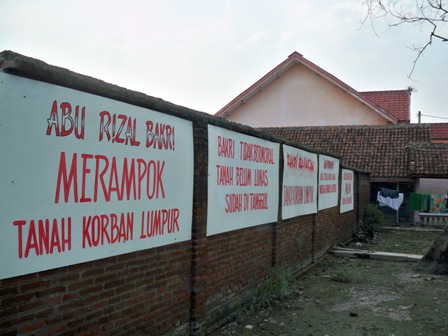 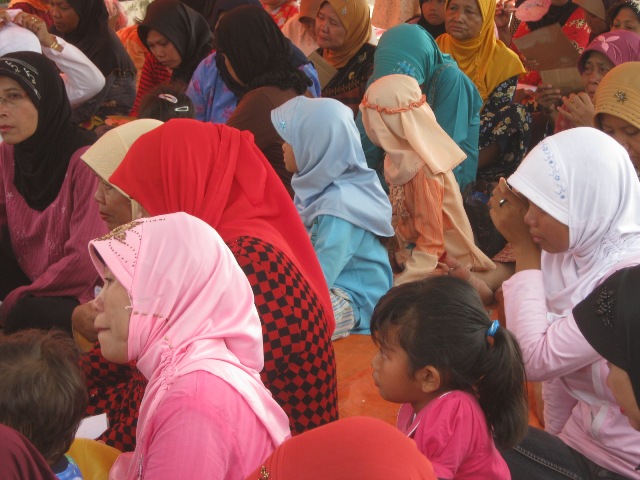 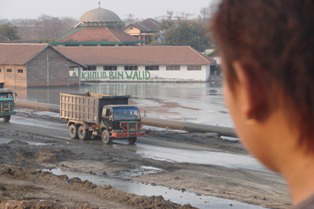