Mudflow victims on Wednesday protested the dumping of mud into the Porong River for a second time, saying the buildup of sediment had produced a pungent stench and increased the risk of rainy season flooding along the East Java river.

The mud mass has reached between two and five meters from the top of the river, visibly spanning 1 kilometer from its point of entry near the defunct Gempol Toll road bridge in Besuki, Jabon district.

The mud has even reached as far as Pejarakan village, 18 km downstream of the dumping site.

“People protested the dumping because the sediment has reached a dangerous level. The river water cannot flow and could burst the banks to engulf the residents’ houses,” Kupang village head Sudjarwo said.

He said villagers had asked the National Sidoarjo Mudflow Mitigation Team (BPLS) to dredge the sediment ahead of seasonal rains to avoid flooding in the area.

He said if the BPLS refused to remove the clogged mud, the 15 villages would possibly see floods in the rainy season.

Experts and environmental groups, including the Indonesian Forum for the Environment, have heavily criticized the dumping, saying it could have severe environmental repercussions.

“We are also concentrating on repairing the main banks which collapsed due to Monday and Tuesday’s rallies. We hope residents do not block the work as it’s for the common interest,” Zulkarnain said.

A presidential Instruction No. 14/2007, issued one year after the erupting mud began to submerse villages on May 29, 2006, orders Lapindo to pay the remaining compensation owed residents one month before the end of a two-year house leasing arrangement ends.

The company, partly owned by the family of Coordinating Minister for People’s Welfare Aburizal Bakrie, has paid out 20 percent of the required compensation to allow mudflow victims to rent houses. 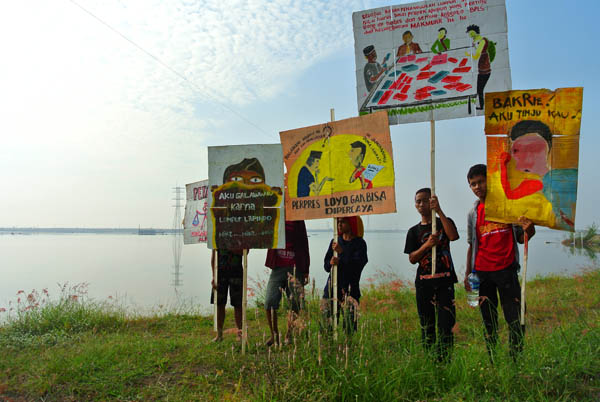 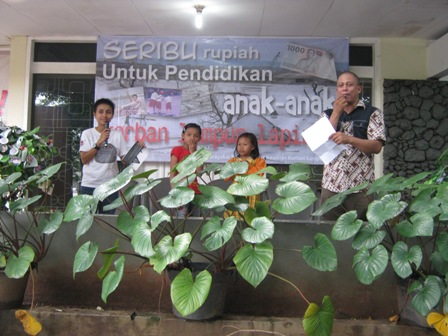 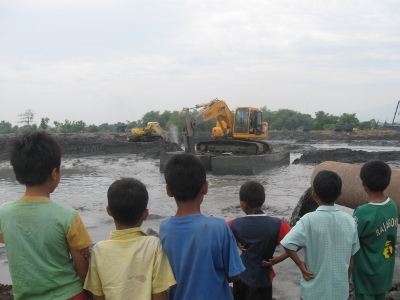 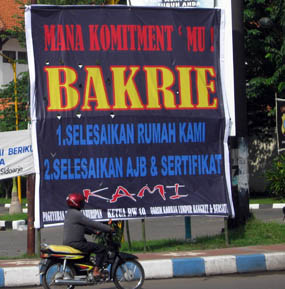 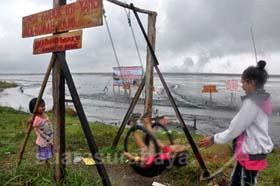