Jakarta – It is becoming a disturbing regularity that every now and then when we look at our country’s economic situation, we face another potential scandal linked to business tycoon Aburizal Bakrie.

The latest one emerged recently after an assessment by the central bank (Bank IndonesiaI) into Bank Capital’s finances found that almost Rp 7 trillion (US$777 million) in time deposits owned by PT Bakrie and Brothers and subsidiaries have vanished. (The Jakarta Post, July 19).

This finding was first identified by the Indonesian Stock Exchange, when a whistle-blower reported irregularity in the first quarter financial statements of Bakrie and its subsidiaries. The statements reported that Bakrie companies had Rp 9.05 trillion (about US$1 billion) invested in time deposits at Bank Capital.

However, the bank’s first quarter financial reports indicated that its total deposit was only Rp 2.69 trillion, of which Rp 2.17 trillion was in time deposits. Thus, there was a huge discrepancy between this report. A 7 trillion rupiah discrepancy to be precise.

What’s also disturbing is the statement by  central bank spokesman Difi Johansyah, who assured that the bank had no liquidity risk at this time. No comment was given on the missing fund.

It is as if the fact that trillions of rupiahs of funds missing from Bank Capital deposits were not important, as long as the bank is still “healthy”.

Isbandiono Subandi, corporate secretary of Bank Capital, admitted that Bakrie and its subsidiaries had deposited funds in the bank, but refused to comment on the discrepancies.

Bakrie’s management has released explanation on the discrepancies recently, saying that it was only a matter of report technicality. In its statement, Bakrie Group claimed that the discrepancies happened because of the difference between their financial report and Bank Capital’s closing time.

They claim that all funds they have invested in Bank Capital were withdrawn in late March 2010. So the fact is that Bakrie’s financial report could be false.

The Indonesia Stock Exchange recently imposed  penalties on three Bakrie Group companies, on the ground of creating a report that confused the public.

I think Bank Indonesia and the Indonesia Stock Exchange should pursue the investigation further so that the matters can become clear. I don’t believe that a big company like Bakrie could make such trivial mistakes over that large amount of money. In fact, if this matter is not resolved clearly, it will only add to more questions on the Bakrie Group political affiliation, which has managed to give them the ability to “dodge the bullet”.

Take the example of the case of tax evasion of PT Bumi Resources, a coal mining company owned by Bakrie groups.

We all know the political angle of this case, which some people still related to the withdrawal of former finance minister Sri Mulyani Indrawati.

Even now after the confession of Gayus H. Tambunan that he received bribes from Kaltim Prima Coal and Arutmin, two of Bumi subsidiaries, to avoid paying or to reduce tax obligations, the focus of investigation is directed more toward involved tax officials, and not the companies.

As a country that ratified the United Nation Convention Against Corruption, it should be noted that private companies can be subjected to corruption cases.

Another example of Bakrie Group’s ability to shift responsibility from itself is truly visible in the case of Lapindo mudflow case. Bakrie Group subsidiaries, PT Lapindo Brantas, has consistently said the cause of the mudflow was a natural disaster, and refuses to take responsibility.

Legal action against the company has been stalled, and many people who were forced to relocate have not yet received compensation from the company.

The government has been unable to fine the company. There is so much contrast if we compare the case of Lapindo mudflow with the oil spill in the Gulf of Mexico.

In this case, the US government held BP fully accountable and forced it to take all responsibility to find a solution to the problem.

Examining these examples of the government lack of guts to hold Bakrie Group and its subsidiaries, accountable for all these cases, one can only wonder what kind of bargaining chip that they have which can make the state become so impotent.

Is it possible that this group can have so much power that it can actually capture the will and power of the state and render it useless?. How else could we explain the lack of initiatives from the Corruption Eradication Commission (KPK), the police, attorney general and all the other law enforcement agencies in this country to pursue those cases.

If the government wants to be taken seriously by the people, then it should show that no party can control its policies.

Not even a company owned by the business tycoon heading the major political party in Indonesia, which has run the show for almost three decades here. Marriage of political and economic power must have its limits, otherwise the country will be controlled by people with money to serve their own interest.

President Susilo Bambang Yu-dhoyono is committed to eradicate corruption in Indonesia. He needs to start focusing on the highest level of corruption, where the policy makers are influenced and even controlled by the invisible hand of business.

The government mustclearly define and separate the role of the business persons in politics, and how political funding is organized. Failure to do so will only result inthe further downfall of the country as the victim of corruption. (Frenky Simanjuntak) 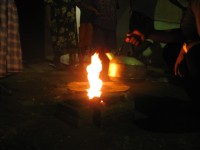 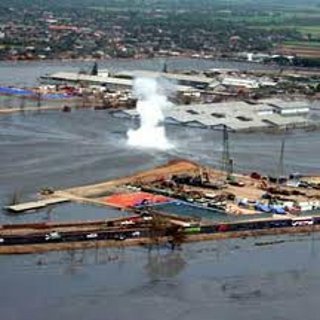