However, they shared the same fate when their homes and all their belongings were engulfed by the hot mudflow originating from the Panji I oil well drilling conducted by PT Lapindo Brantas Inc. in 2006.

Lapindo is partially owned by the Bakrie family, which is under the patronage of Golkar Party chairman Aburizal Bakrie.

Neither Tjarwadi, a trader, nor Sadawi, a driver for a shoe factory, have received the full compensation long promised by the government.

“Whereas in fact, President Susilo Bambang Yudhoyono personally promised to compensate every one of the victims of the Lapindo mudflow by February 2010, this has not happened in reality,” Tjarwadi told The Jakarta Post during the commemoration of the eight anniversary of the eruption of the mudflow on Thursday in Sidoarjo.

He claimed that Lapindo should have already paid Rp 635 million (US$54,588) for his 235-square-meter plot and 135-square-meter house, but Tjarwadi and his wife Saropah, 55, have so far only received Rp 247 million.

“The initial payment was 20 percent of the total amount, while the rest was to have been paid in installments at Rp 15 million per month, but that happened for eight months only. I’ve received no cash transfers for the past year,” said Tjarwadi.

The same tale was also related by Sadawi who lost 887 square meters of land and a house measuring 165 square meters. He should have received compensation of Rp 1.1 billion, but has only received Rp 320 million as of now.

Thousands of people swarmed on top of embankment 22, located west of the gush point, bordering the railway line and the Porong-Sidoarjo highway to commemorate the eighth anniversary of the Lapindo mudflow.

Jokowi, who has been nominated by the Indonesian Democratic Party of Struggle (PDI-P), the NasDem Party, the National Awakening Party (PKB) and the Hanura Party, also signed a political contract with various civil society groups if elected as president.

“The Lapindo hot mudflow case must be settled. The state must be manifest among the people. If this was resolved it would indicate the state is there for the people,” Jokowi addressed the crowd.

Jokowi will run in the presidential election on July 9 against Prabowo Subianto who has been nominated by several parties, including the Gerindra Party and the Golkar.

According to the National Development Planning Board (Bappenas) the mudflow has caused Rp 27.7 trillion in losses. It has buried more than 600 hectares of land, displacing 39,700 people and submerging three subdistricts, 12 villages, 11,241 buildings and 362 hectares of rice paddies.

Both Tjarwadi and Sadawi were of the same opinion when they were asked about presidential candidate Jokowi.

“I don’t care about his party. I only see his character. I believe he would not be as hesitant and be able to speed up the compensation process through the state budget,” said Sadawi.

If he was elected as president, added Sadawi, Jokowi would be the same as when he led Surakarta (Solo) and Jakarta.

Sadawi said he was drawn to what he believed to be the humble personality of Jokowi, and he believed him to be close to the people. 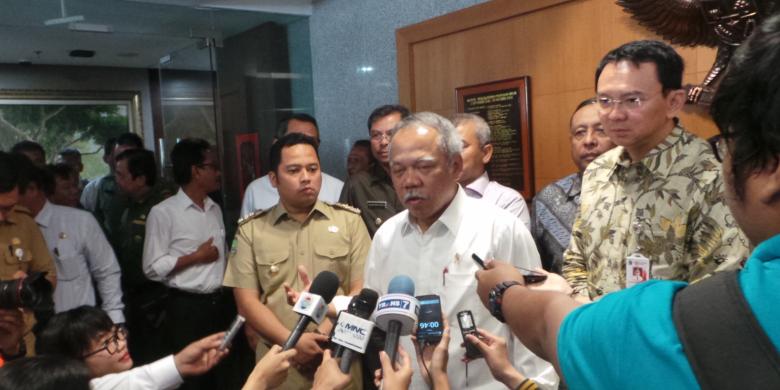 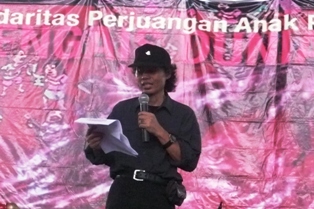