Monday, September 15, 2008 – Santos notes the article published in this morning’s Australian Financial Review containing speculation regarding its exposure to Sidoarjo mudflow incident in East Java. Santos rejects any suggestion that it has understated the severity of that incident.

The Government of Indonesia has taken a major role in responding to the mudflow. Following from the national task force appointed to address the incident in 2006, the President of Indonesia established the Sidoarjo Mud Mitigation Agency in April 2007 with a long-term mandate to manage the issues associated with the incident. It has been doing so actively. Whilst the Agency is responsible for the ongoing response to and management of the incident, the incident remains a matter of significant concern to Santos.

Santos has a non-operating 18% interest in the Brantas Production Sharing Contract. Lapindo, as Operator, continues to participate in all operations at the site. However, Santos has been supporting the efforts of the Agency and Lapindo and continues to believe that a resolution may ultimately be reached between all relevant parties.

Santos is not in a position to comment specifically on the UNEP report. However, given the conditions at site and current activities being conducted, Santos believes that the provision remains an appropriate estimate of its potential liability associated with the incident. As Santos has indicated previously, the situation remains dynamic, complex and uncertain. Santos will continue to review the adequacy of the provision in light of developments and available information. 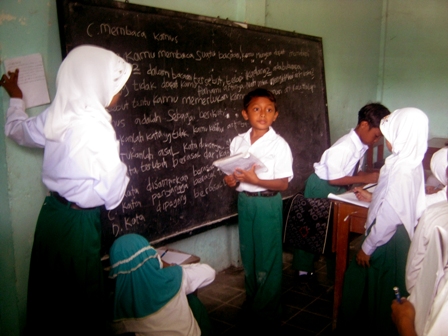 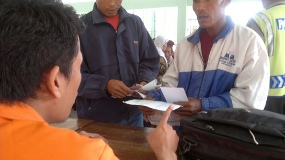