The government has finally agreed to go another extra mile to bail out the powerful Bakrie family to settle the remaining compensation for victims of the Lapindo mudflow disaster in Sidoarjo, East Java.

Public Works and Housing Minister Basuki Hadimuljono confirmed on Thursday that the government would provide a Rp 781 billion (US$62 million)-loan to PT Minarak Lapindo Jaya, a firm controlled by the family that is handling the disaster.

“Lapindo said that it could not pay the compensation by buying the land [owned by the disaster victims]. So it was decided that the government would lend them to buy it,” said Basuki at the State Palace.

“The company will be given four years to settle the loan, or we will seize their assets [land in the affected area].”

Basuki, a career bureaucrat, explained that the loan would be taken from the strategic fund allocated in next year’s state budget.

He said that he had already called Nirwan Bakrie, who represented the family in dealing with the disaster, and that the family had agreed to the loan settlement plan.

The family’s scion, Aburizal Bakrie, who is also Golkar Party chairman, has enjoyed government assistance between 2007 and 2014 related to the Lapindo disaster, which many believe was caused by drilling conducted by Lapindo, the family’s firm, in 2006.

Former president Susilo Bambang Yudhoyono’s administration allocated more than Rp 6 trillion to compensate villagers living in the vicinity of the so-called “affected area map”, which was legalized via a presidential decree in 2007.

Such generous financial protection for the Bakries was among the reasons Golkar helped the Yudhoyono government remain stable in the face of nationwide protests at the president’s generosity to the conglomerate.

Golkar is now the second biggest party, after the Indonesian Democratic Party of Struggle (PDI-P), which supports President Joko “Jokowi” Widodo. Jokowi and the PDI-P have been trying to lure Golkar to join their coalition and form a majority in the House of Representatives, but to no avail.

Cabinet Secretary Andi Widjajanto said that the decision to award the loan was entirely based on the government’s commitment to help the victims, who had been left in limbo for eight years.

He also said that the government had yet to mull any sanctions against Lapindo for its inability to pay the compensation.

“The President has yet to consider [the sanctions] as the people have already been waiting for the compensation,” said Andi.

A Constitutional Court ruling issued earlier this year ordered the government to force Lapindo to complete the compensation payments. 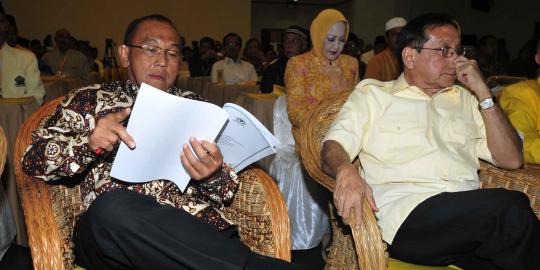 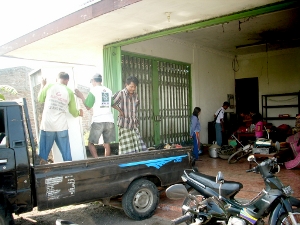