Finance Minister Sri Mulyani has been sitting in the hot seat for some time now, and now her seat has now gone from hot to burning since businesspeople and politicians with vested interests have been making attempts to unseat her. We earnestly hope she will survive this saga.

The imbroglio, we suspect, is related to what has been going on in the financial market, especially to the Bakrie Group. Many believe Bakrie is now in a make-or-break situation as it struggles to meet huge obligations to its creditors who hold shares in its subsidiary companies as collateral.

Now that the value of this collateral has dropped significantly, Bakrie is trying to sell off its assets to repay $1.2 billion worth of debts that will mature between the end of this year and early next year.

As the situation worsens, the Bakrie Group, controlled by the family of Coordinating Minister for People’s Welfare Aburizal Bakrie, may make a desperate attempt to get President Susilo Bambang Yudhoyono to bail them out using either state money or funds from state companies.

It seems that most cabinet ministers and even Vice President Jusuf Kalla have made no objections to such a move. But Finance Minister Sri Mulyani, who holds the key to the state coffers, differs and even resists a move that smacks of a raw deal.

We are concerned whether Sri Mulyani will be able to maintain her strong stance in the face of mounting pressure from various quarters. Because of her persistent anti-graft reform drive at the ministry, she has established more enemies than anyone else in her position previously.

Her reform of the customs office at Indonesia’s largest port, Tanjung Priok, has cost certain businesspeople dearly. Those who once took an easy route by bribing customs officials to get their goods out of the customs area quickly (often by smuggling or under-invoicing imports), now find it much tougher to slip through.

Worse, several parties now claim that customs officials who were dissatisfied with Mulyani’s work have intentionally slowed their pace of work. This development has impacted honest businesspeople who must bear higher capital costs because of the slowed movement of their goods. So now both kinds of businesspeople have a reason to dislike her.

Mulyani’s anti-graft reforms at the tax office have also taken their toll. One good example is the much-publicized zealous efforts of the tax office to uncover the suspected tax evasion of a palm oil company belonging to Raja Garuda Mas Group, controlled by powerful businessman Sukanto Tanoto.

Mulyani has also engaged in confrontations with certain coal producers, asking the immigration office to impose travel bans on businesspeople with coal interests who owed the state unpaid royalties and taxes. One such coal company belongs to the Bakrie Group.

But Mulyani had clashed with the Bakrie Group before this, when, through the Capital Market Supervisory Agency, she rejected a plan by Bakrie’s oil and gas entity, Energi Mega Persada, to spin-off Lapindo Brantas (which had created massive problems in Sidoarjo resulting from an uncontrolled mudflow that is believed to have resulted from Lapindo drilling activities there). This case was finally resolved, with Energi allowed to sell Lapindo to wash its hands of an uncertain future liability.

And now, Mulyani is clashing with Bakrie again. This time, however the clash looks to be protracted, as Bakrie is in a do-or-die situation where it needs to attract buyers or get help from the state or it will face bankruptcy or hostile takeover. Mulyani has said if companies must go bust, then let them be. After all, it is their fault, and why should the government come to rescue them.

Because of her persistence in protecting the state budget from abuse, Mulyani’s enemies have launched a covert operation to unseat her. In the public domain, concerted efforts have been made to discredit Mulyani — claiming she is “un-nationalistic” for her unwillingness to help out local indigenous businesspeople. Some of these people have even accused her of being a running dog for the International Monetary Fund, where she once served as an executive director.

On the contrary, by acting firmly to clean up the customs and tax offices, by penalizing corrupt businesspeople and by acting firmly to defend the state budget from abuse, we can see Mulyani is in fact more nationalistic than those who have attempted to discredit her.

The current political situation may present itself to President Yudhoyono as a big dilemma: whether to help his business friends, or to side with the impeccable and respected finance minister. But the choice is really clear. 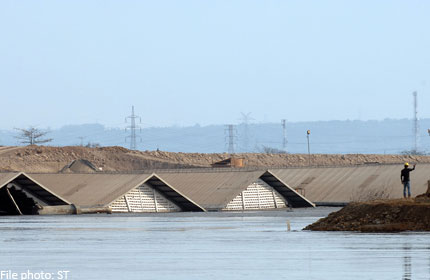 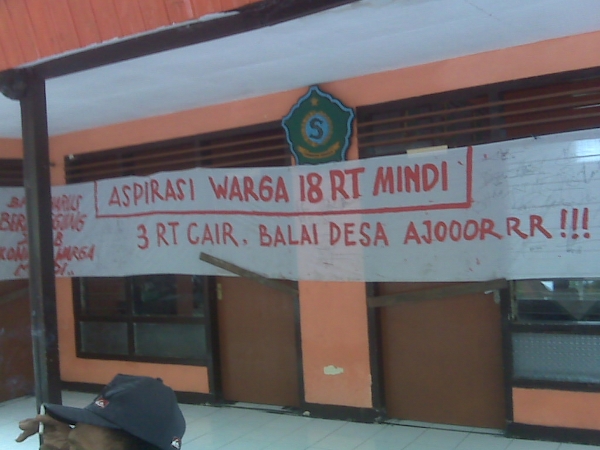