Jakarta. Victims of the Lapindo mudflow disaster in Sidoarjo, East Java, are one step closer to being compensated for losses — eight years after dozens of villages and hundreds of hectares of farmland were swamped.

The government announced on Monday that it would buy assets from the company accused of triggering the disaster, Lapindo Brantas, which could then use the proceeds to pay out Rp 781 billion ($62 million) due to victims this year.

Minister of Public Works Basuki Hadimuljono said the government would buy about 20 percent of the company’s assets, which was mostly land, in affected areas.

The announcement comes just days after President Joko Widodo — through cabinet secretary Andi Widjajanto — ordered Lapindo Brantas to wrap up payments to victims of the mud volcano. On top of the Rp 781 billion owed to residents, the company, which is affiliated with the family of Golkar Party chairman Aburizal Bakrie, must pay Rp 500 billion to affected businesses in 2015.

The government’s decision to buy assets from Lapindo Brantas is bound to raise questions about why money from the state budget was essentially being used to compensate a mistake made by the company.

The government is already required to pay Rp 300 billion compensation to victims whose land is located outside the map of affected areas. A 2012 judicial review which sought to have the company cover all compensation costs in areas affected by the mudflow was rejected by the Constitutional Court.

Andi said buying the company’s assets was part of the government’s effort to “help” Lapindo Brantas fulfill its responsibilities.

Lapindo Brantas was conducting gas exploration in the Sidoarjo area in 2006 when one of its natural gas wells blew out, causing a mud flow which destroyed hundreds of homes, swamped 720 hectares of land and displaced thousands of people.

Scientists blame drilling activities by the company for triggering the eruption, but the government at the time decreed it a natural disaster. 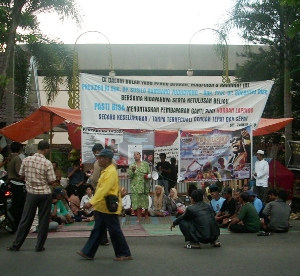 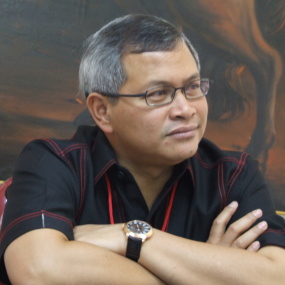