Things were a bit different from the other sessions at this conference: photographers and cameramen were roaming the room, and on my way in I had a press release from Lapindo Brantas thrust into my hands, informing me that most of the previously reported findings were based on ‘incorrect data’, and that this would be the first time ‘official data’ were presented to the scientific community. It transpired that this was also stretching the truth a bit; as the session unfolded it became apparent that this was more an issue of which data (specifically, which of the various measurements and estimates of borehole pressure) should be used, and how to interpret them. Contrary to their own press office, then, Lapindo Brantas – to their credit – seem to have been quite open about sharing their records with any interested party, even if they might disagree with how it is then used.

First up was Adriano Mazzini, who reviewed his arguments that the eruption was the result of the Yogyakarta earthquake reactivating a pre-existing fault that runs through the area. Main points:

The next speaker, from Lapindo Brantas, was the person who oversaw the borehole, which mades his slightly defensive tone entirely understandable. The talk aimed to use data from the borehole to demonstrate that a blow-out had not occurred.

The first speaker from the pro-drilling camp, Mark Tingay, gave a very nice presentation which actually addressed the pros and cons of both theories, although he was clear which he favoured.

The final presentation was by Richard Davies, the person whose paper implicating the drilling kicked off my interest in this subject.

The discussion following the talks emphasised a couple of other points of disagreement, such as the shaking intensity in the Lusi region from the May 27th earthquake: the pro-drillers say I-II, pro-quakers claim IV. Mazzini also argues that the eruption is entirely sourced within the mudstones with the water produced by clay minerals reacting to form illite and water, whereas Davies et al. say that the water is mainly from the underlying carbonates. It is a lot of water, although I guess it would be hard to claim the earthquake would cause the carbonates to breach.

However, more interesting was that several people picked up on the suggestion that this was clearly a prime area for mud volcano formation, and wondered quite loudly why the hell any drilling was being done there in the first place. To sum up the mood, one questioner complimented the second speaker for standing up there to defend the drilling, when it really should be the geologists who told him to drill there in the first place. It’s a good point; perhaps the focus should be less on the drilling practice on this specific well, because whatever your procedures and safety precautions, accidents can and do happen, and more on well siting decisions in general, particularly decisions to drill in “primed” areas like this one, where the margin for error is rather slim.

This attitude might explain why in the closing straw poll, more than 50% of the audience was willing to blame the whole mess on the drilling. Only a tiny fraction thought that the earthquake was solely to blame, with roughly equal numbers of the remaining half either thinking it could have been both, or finding it inconclusive either way. In conclusion, it was a very interesting session, and was conducted in a very fair-minded and respectful manner given the contentious nature of the debate. 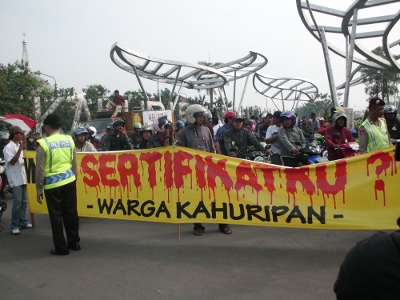 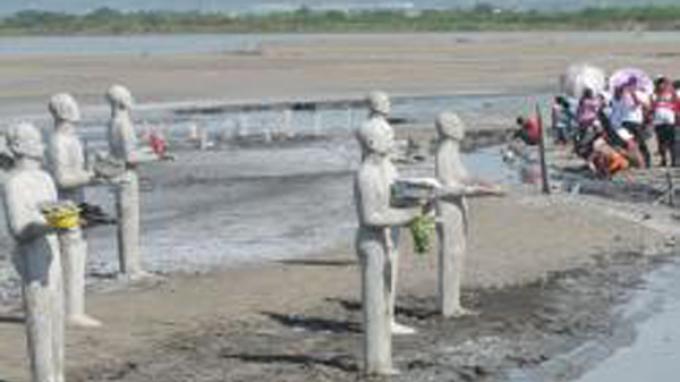 Lapindo Victims May not be Compensated on May